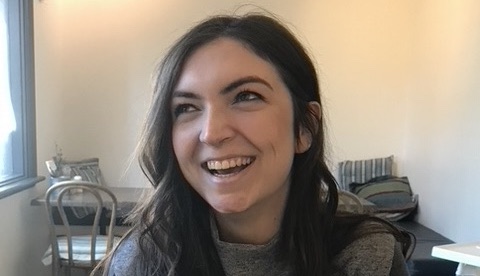 Expanding access to personal finance tips with Aleks of @brokegirlwealth

We spoke with Aleks to discuss the importance of becoming financially literate as well as the struggles associated with credit card debt. Upon recognizing a gap in the availability of financial advice in Australia, Aleks began sharing her tips on her Instagram and TikTok.

Q: What is your current position/role and when did you first develop an interest in finance?

A: I work in consumer law for a technology company in Australia. Before that I was working as a paralegal and I did a lot of retail work prior to that as well.

When I was younger I didn’t have the smartest financial habits. I had two big wake up calls: first my parents got divorced, which showed me what happens when you don’t have significant financial assets behind you and have to start over at quite a mature age. Then I maxed out my credit card. After that I became motivated by the idea of being completely financially independent from someone else. I became really driven by the need to understand and know where my finances were, which led me to realize that I needed to find a strategy that was really going to build my wealth long term. Eventually, I found an interest in the personal finance community on Instagram, which really started it all. Then I realized there is a real lack of accessible information for young people in Australia. I most specifically noticed a bit of a gap in young women talking about finance, and I thought, “I wish someone had been there to tell me about it,” so I thought why not.

Q: What challenges have you faced with personal finance?

A: I think that financial institutions profit off of a lack of knowledge, there are systems of profit built into debt and credit that are inherent in that being their money-making model. For example, when I was 18 I got a limit of $3,000 on my credit card, which would’ve been about 6 months of my pay. I think that the amount of credit we allow people to take out, and especially the amount of myths that surround credit cards—for example, the myth that you have to have a credit card to build credit—really keeps people stuck in debt as a result of their financial literacy. I think of my circumstances, when I maxed out my credit card I was living at home, my parents were stable financially, and that definitely contributed to me being able to get out of debt quickly. I think that what keeps people stuck in difficult situations with personal finance is not them lacking grace or determination, it’s predominantly circumstance and knowledge. The debt cycle can be a vicious one if you don’t, or aren’t, able to see life outside of perpetual debt, so you just assume that’s what everyone is doing. Essentially, exposure to financial strategies and tools plays such a huge part in the ability of an individual to handle personal financial challenges.

Q: If you could give advice to your 18 year old self about managing your money, what would you tell yourself and why?

A: I would tell myself about the power of building wealth because to me budgeting is not an end goal, it’s just a tool to get you to a particular financial goal. If someone had sat me down and said, “what do you want your life to look like?” and then explained, “if this is what you want your life to look like this is how much you want to have saved,” I would have to work back from that point and a budget would just be helping me to get to that point. Then a budget doesn’t become a necessary evil, it’s just a tool. If you have a budget that really works for your life, and that’s different for everyone, then you can stick to it really sustainably and you’ll be able to live with it long term.

Q: What is your top tip for budgeting?

A: My top tip for budgeting is to be comfortable with changing it up. There’s an assumption that the 30-30-30 rule works for everyone, except it’s flawed because if, for example, you live in a city that has a high cost of living, it’s kind of irrelevant. Your budget is just a reflection of you as a human, so you’re going to make mistakes and there are going to be slip ups, and gifts, and holidays, and weddings, and all sorts of things that will pop up. Just being comfortable with your budget makes you able to constantly revisit it regularly to cost correct.

Q: What do you think is the most critical step to ensuring financial independence?

A: I do think, certainly for me, exposure. People always say, “why are you doing this, all of these tools are available for everyone, it’s on Google.” That’s like saying, “well you should know what you don’t know.” If you don’t come from a background where your parents talked about stocks, ETFs, what a budget looks like, how to manage variable income – all of those things that are now inherent in us living in an economy where more people are doing gig work, etc- then it’s really unfair to assume high financial literacy. So, to me, finding ways to make personal finance tools accessible to my generation in ways that are perhaps fun, or engaging, or really simple without being patronizing, is really important. It is especially important for those who have never encountered those ideas in their lives and perhaps have had parents and family members who have had poor financial literacy. 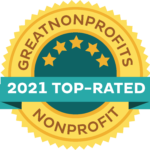